Public talk: the 1913 lockout and its heritage 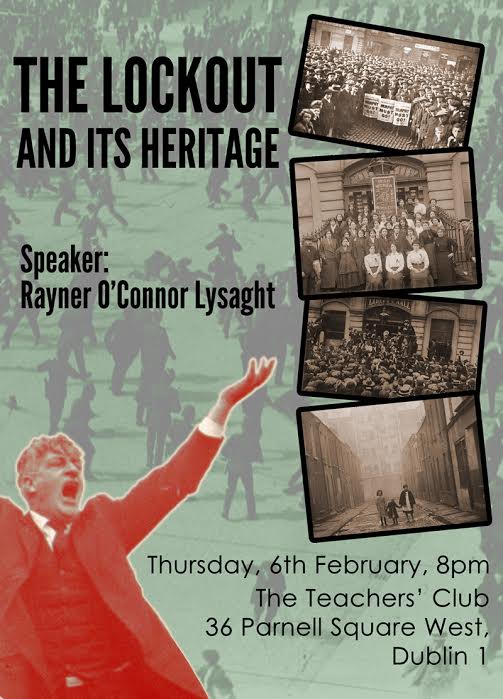 2014 marks the 42nd anniversary of Bloody Sunday in Derry. Join the families in their continuing campaign for truth and justice at the annual Bloody Sunday march. Sunday 2nd February 2014. Assemble at Creggan Shops, Central Drive, Derry, at 2.30pm.

The burning of the British embassy 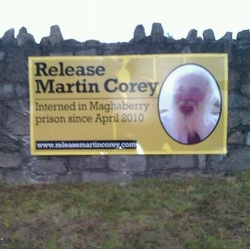 After what amounts to nearly four years of internment Martin Corey was finally released from Maghaberry on January 15.  He had been incarcerated on secret evidence gathered by secret police and held without a charge or a trial since April 2010.

The British Government, secretary of state and all those involved in the internment of Martin Corey showed contempt for democratic and human rights and were essentially involved in a despotic policy of ruling by decree.

The Release Martin Corey Campaign has thanked everyone who was involved in supporting Martin, such as the countless activists who stood on picket lines and those who went to jail themselves to highlight Martin’s case.

Martin is a republican activist from Lurgan, Co. Armagh.  At age 19, he was sentenced to life imprisonment in December 1973 and spent the next 19 years of his life in jail until he was finally released, without signing anything in June 1992.  Then, without warning, on April 16, 2010, he was taken back into custody.  No reason for his re-arrest and incarceration has ever been given to him, his lawyers or the public.

It can only be assumed that his incarceration is because he is an uncorrupted republican activist, a person who continues to believe in the right of the Irish people as a whole to self-determination, including the ownership of Ireland, and is a partisan of Republican Sinn Fein (RSF).  Martin’s incarceration, like the imprisonment of Marian Price (of the 32-County Sovereignty Movement) and Stephen Murney (of éirígí) is END_OF_DOCUMENT_TOKEN_TO_BE_REPLACED

Comments Off on Martin Corey released. . . with anti-democratic conditions 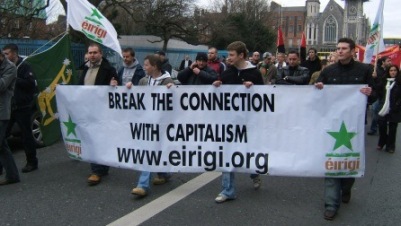 The socialist republican party, éirígí, has announced it will be standing candidates in both the Six and Twenty-Six County local elections in May.  The party will be standing activists for election in Dublin, Belfast, Wicklow and Wexford.  Other areas may also be contested and, if confirmed, the details will be made public in the coming weeks.  The list below includes the candidate names and their respective constituencies:

Runaí Ginearálta éirígí Breandán Mac Cionnaith said, “For the first time in many years voters from Wexford to Antrim will have the opportunity to vote for candidates and a party that are genuinely committed to the socialist-republican cause.  The decision to stand in these elections represents another END_OF_DOCUMENT_TOKEN_TO_BE_REPLACED

Another blog piece has just reached 1,000 hits, namely Nationalisms and anti-nationalisms in Irish historiography.  This makes six pieces that now have 1,000 or more hits (as well as, obviously, Home Page and About).  Meanwhile, Politics and the rise of historical revisionism has become the third piece to reach 2,000 hits. 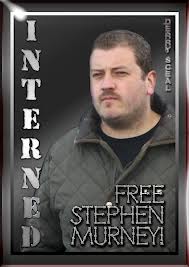 The protest will coincide with the commencement, next week, of the trial at Belfast Crown Court of Newry man and éirígí party member Stephen Murney, who has been imprisoned since December 2012.

Last month, in response to a ‘no bill’ application made by Stephen Murney’s legal team in November, a judge dismissed a number of charges against the Newry man relating to “items for use in terrorism”. Those charges related to old band uniforms of Stephen’s and to toy guns belonging to his son – facts that had been consistently presented by the defence ever since Stephen Murney was first charged in 2012.

Since Stephen’s initial arrest and detention in 2012, the PSNI and the prosecution had repeatedly used those “terror” charges and the items they related to as some sort of evidence to show Stephen’s involvement in a “terrorist conspiracy”.

While those charges are now dismissed, Stephen will face trial on January 21 in relation to END_OF_DOCUMENT_TOKEN_TO_BE_REPLACED 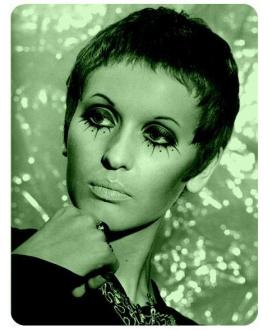 Anyway, check out the group’s excellent 1968 performance on Swing-In, especially ‘When I was a Young Girl’ which starts at about 11 minutes into the END_OF_DOCUMENT_TOKEN_TO_BE_REPLACED 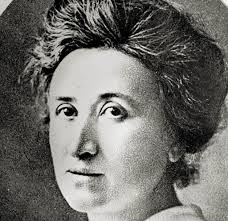 Tonight is the 95th anniversary of Rosa Luxemburg’s murder by the social democrats.  I usually avoid putting non-Irish stuff up here, because there are plenty of other sites dealing with all kinds of revolutionary history in other countries.  So people interested in some Rosa material might find these interesting:

Comments Off on Rosa Luxemburg anniversary

Below are the ten most hit-upon pieces on the blog.  The top 2 now both have over 2,000 hits, while the one on historical revisionism is quite close behind.

A history of the Provisional Republican Movement – part one of three

The Easter Rising and the ‘blood sacrifice’

Posted in About, Blog News

Comments Off on Current top ten

The following interview with Frank Keane was carried out by Mick Healy. The questions were written by Michael and myself.  Frank was in Sinn Fein in the 1950s and 1960s; a member of the IRA in the early 1960s, including being O/C of the Dublin brigade; subsequently a member of the Irish Workers Group in London (1965-67) and then a founder-member and national organiser of the Marxist-republican organisation Saor Eire.  The interview appears on the Irish Republican Marxist History Project, along with video interviews Mick is currently building up.