This is the story of Phil O’Donoghue who in 1954 joined the Irish Republican Army in Dublin and subsequently participated in Operation Harvest/the Border Campaign. On New Year’s Day 1957, Phil was a member of a military column during a raid against an RUC barracks in Brookeboroug, in which Seán South and Fergal O’Hanlon lost their lives. Along with 38 volunteers he was arrested at an IRA training camp in Wicklow and was imprisoned in the Curragh camp.

O’Donoghue became the National Organiser of the 32-County Sovereignty Movement that was founded on December 7, 1997.

This interview was done by Mick Healy who sent it on to me, along with the intro above.

Comments Off on Phil O’Donoghue and Operation Harvest 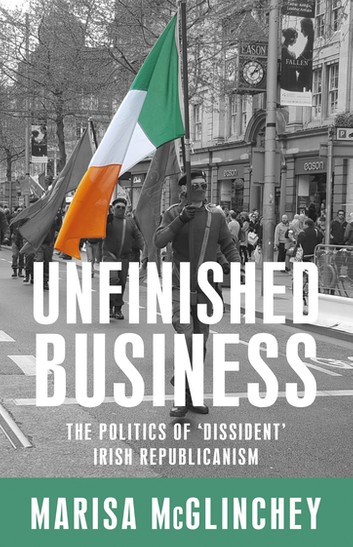 Marisa McGlinchey’s book should be read by all radical republicans, Marxists and anyone else genuinely interested in national liberation and socialism in Ireland.

Don’t be put off by the fact that the back cover features praise for the book from the likes of Lord Bew of the Stickies and Richard English, both of whom have carved out well-rewarded academic niches writing attacks on republicanism and producing material that can only aid British imperialism.  Their reasons for praising the book are entirely different from those of anti-imperialists.

There are two key strengths to this book.

One is that it is based on on a substantial set of interviews (90 in all) the author conducted with republicans opposed to the Good Friday Agreement and the Provo leadership’s move into the service of the British state and the statelets which are the result of partition in Ireland and the Provos’ move from sort sort of vision of socialism to embracing the market and capitalist austerity.

The other strength is that she largely lets the interviewees speak for themselves, rather than trying to stitch them up.  Thus, for instance, she refrains from referring to them in the book as “dissident” republicans – the book’s sub-title was chosen, presumably, by the publisher.  Instead, she refers to them by the much more accurate term of “radical republicans” and treats them as rational political activists rather than some kind of pathology.

The interviewees, some of whom are now dead and some of whom have left the organisation they were in at the time they were interviewed, cover the gamut of radical republican groups, some of which are linked to armed organisations and some of which are not.  Thus the interviewees include independents and members of Eirigi, RNU, Saoradh, the IRSP, RSF and the 32CSM.  They range from younger activists such as Louise Minihan to veterans who go back to the 1956-62 border campaign and even earlier, such as Peig King and Billy McKee.  Some of the activists support END_OF_DOCUMENT_TOKEN_TO_BE_REPLACED

Comments Off on In Review: Marisa McGlinchey’s ‘Unfinished Business’