Over recent weeks Republican Prisoners have noted increasing repression towards Republican Prisoners by the Jail Administration. During this time we have also witnessed the appointment of another Unionist Stormont Justice Minister, with DUP fundamentalists obtaining key positions also on the Justice Committee. Similarly, we have witnessed the appointment of a British Secretary of State with a background in security under a Thatcher style British Prime Minister.

It is against this backdrop that a new END_OF_DOCUMENT_TOKEN_TO_BE_REPLACED 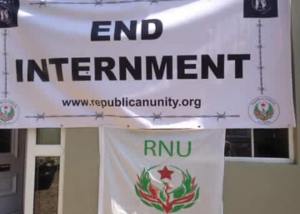 “I’d like to begin by thanking the organisers of today’s picket for asking myself to represent the Republican Network for Unity and our POW’s department Cogus here this afternoon. It’s a privilege and an honour to address you all.

“The fact that we are here for the 3rd year in a row is evidence that Internment as a tactic to disrupt political activity is very much alive but also that our opposition to Internment is equally alive.

“In order to oppose Internment we must first understand what it is and what it is used for. In many ways the word has been over used and as such has lost much of its impact and meaning. There are those who would say that everyone incarcerated by the British or the Free State are interned. There are those who would state that while all internees are political prisoners, not all political prisoners are internees.

“For our purposes, however, it is enough to state that the original definition of internment is correct. Those who are detained without charge for the political expediency of the state. People like my comrade Tony Taylor, a perfect example of internment by the state to prevent and hamper legitimate political activity.
Tony, like Martin Corey before him, has been remanded in custody at the behest of the British secretary of state. No semblance of a trial, no pretence of a trial. Secret evidence that can’t be disclosed and won’t be disclosed because it doesn’t exist.

“We have miscarriages of justice like the cases of the Craigavon 2, men who have been deliberately framed on the word of informers and Walter Mittys. Set up by the dirty hand of the British security apparatus and practically ignored by the political elite despite a growing realization that these men are innocent across the board. END_OF_DOCUMENT_TOKEN_TO_BE_REPLACED 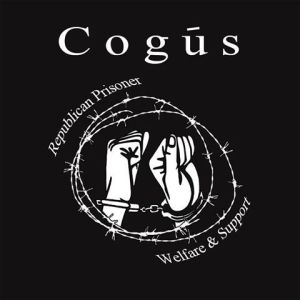 Yesterday the naked aggression of the Maghaberry administration toward republican political prisoners was once again exposed. The day of sinister events began at 11am when the notorious riot team raided three cells on Roe 3 occupied by Cogús republican prisoners. The three political prisoners concerned were not present in Roe House during this lockdown raid due to parole, court and visiting arrangements.

The day’s events then culminated during the evening lockup when once again the riot team entered Roe 3 and forcibly removed political prisoner and current internee Tony Taylor from Roe House and moved him to the jail’s punishment block – the SSU.

The prison administration and particularly security governor Brian Armour and Ciaran McGuinness over recent months have been overt in their attempts to fuel conflict through introducing red herring arguments to deflect possible resolutions to the main issues and systematically playing Machiavellian games.

Yesterday’s events can only be seen as a plan to further intensify tensions in Roe House. Cogús republican prisoners will not stand idle and let such antagonistic actions go unchallenged, though in contrast to the bigoted reactionary forces, we will meet their provocations in a disciplined and an organised manner, employing an intelligent and practical strategy to ensure our rights as political prisoners are won.

The Imperialism study group is finally getting underway.  We have participants from several countries in Europe, as well as Canada, the United States, Australia and NZ.  The first two sessions are being led by Tony Norfield.  Below are his notes for the first session, in which we examine the ‘economic’ aspects of Lenin’s Imperialism: the highest stage of capitalism.  This session is taking place at 9am, Sunday, July 24 (NZ time).   Sorry Australian comrades; it’s going to be very early for you!

Tony’s notes for the first discussion, which is on the ‘economic’ aspects of Lenin’s Imperialism: the highest stage of capitalism are here.

Posted in Political education and theory

Comments Off on Imperialism study group finally getting underway, this Sunday (July 24)

From the GPO to the Winter Palace – launch of book by Rayner Lysaght, Dublin, July 4 (2016)

Comments Off on From the GPO to the Winter Palace – launch of book by Rayner Lysaght, Dublin, July 4 (2016) 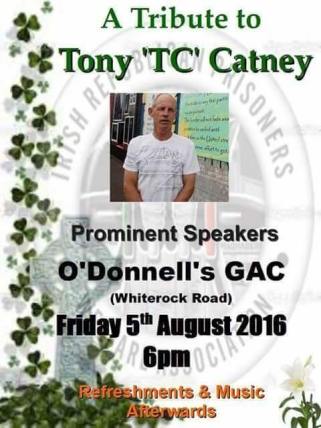 Comments Off on Remembering Tony Catney 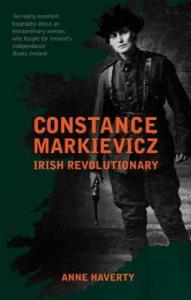 Anne Haverty’s updated new edition of her bio of Constance Markievicz is well worth a read (and a buy). Among other things, Haverty disproves the notion that Markievicz shot an unarmed cop at the beginning of the takeover of Stephen’s Green and then ran back inside the Green exulting in the killing. Personally, I happen to think members of the Dublin Metropoitan Police were legitimate targets, but the attack on Markievicz is that she shot him at point blank range when he was unarmed and had no chance to surrender. Various professional anti-republicans (the historical revisionist school, for instance and folks like Ann Matthews, whom I simply can’t take seriously as any sort of historian) have peddled this nonsense, using highly questionable ‘evidence’.

Haverty runs through, for instance, the use of a Geraldene Fitzgerald’s account which revisionists typically classify as being from her diary. Haverty points out that it is actually two typed pages that read like a deposition for a prosecution, one the state did not pursue (which itself says something about the fanciful nature of the claim). Haverty shows how Fitzgerald’s testimony is faulty (different time to when the policeman was actually shot; distance from the shooting and yet Fitzgerald claimed to hear words spoken in the Green!!!) and concludes of Fitzgerald’s ‘evidence’: “Only the END_OF_DOCUMENT_TOKEN_TO_BE_REPLACED

Comments Off on Get this book!