I’ve still to get up a couple of long-promised items: Constance Markievicz’s 1923 pamphlet What Republicans Stand For, which provides some very interesting insights into the early Free State and just how repressive it was and what class interests it defended, and a review of Donnacha Ó Beacháin’s  The Destiny of the Soldiers: Fianna Fail, Irish Republicianism and the IRA 1926-1973.

After that, I”ll finally be able to move ahead with new plans.  There are some books from a couple of years ago that I want to review as well as more new stuff.  Plus I want to start doing some meatier stuff on the Irish economy.

Comments Off on Upcoming

The following press statement was released on December 27:

The Campaign Against Household & Water Taxes rejects Phil Hogan’s celebratory assertion that 70% of home-owners have now paid the hated Household Tax. Michael O’Brien on behalf of the campaign said:

We would absolutely dispute Minister Hogan’s registration figures. We have consistently pointed out that the true target figure for the government is in the order of 1.8 million households not the lower target of 1.6 million which the government claim, thus inflating their figures for compliance. The government inadvertently expose themselves on this point by the fact that they claim they are targeting around 1.9 million households for the property tax.  This is the true figure but, when council houses are included, it is still an underestimate by the government but closer to the truth than the spoofing they have been pedalling to an unquestioning media throughout the year.

The true level of Household Tax registration is approximately END_OF_DOCUMENT_TOKEN_TO_BE_REPLACED

From socialism alone can the salvation of Ireland come

And while on the subject of revolutionary socialism, a reminder about the éirígí document:

Because this blog concentrates on Irish history and politics, I tend not to put up stuff on things like core Marxist ideas.  However, I’m involved in another blog, Redline, which does a lot more of that.  Here’s some Marxist 101 stuff from there:

Comments Off on Marxism 101

Happy Xmas to all the readers of the blog.

Over the course of 2012 readership is up very dramatically from 2011.  While Ireland constitutes by far the largest single body of readers, people from all over the world make up the majority of people who come to the blog.  For instance, over the past week, the following are the top ten countries for hits on the blog:

Comments Off on Happy Xmas

De Silva report: another bucket of whitewash in the Finucane case

The following piece is taken from the Socialist Democracy site, here

There is really no excuse for confusion about the role of investigations and enquiries held by the British state into itself. They are given into a safe pair of hands.  Where possible, wrongdoing is denied. Where it is not possible a formula is found to limit the damage.

The process is like a set of Russian dolls, each one designed to hide the reality of the British state – an armed body willing to take whatever steps necessary to defend capitalism and currently involved in rendition, torture and the use of drones against civilians.

In the case of the de Silva report into the murder of Pat Finucane the magic words are “no overarching state conspiracy.”

Pat was felon-set by junior minister Douglas Hogg, a member of the Conservative government of the time, who used parliamentary privilege to denounce him in the House of Commons.

Pat was murdered by UDA members who were all British agents. Intelligence was provided by state agents. An agent provided the murder weapon.  Police officers promoted the murder and boasted of it to republican prisoners. Police Special Branch had prior knowledge of the attack. Police patrols were removed from the approach roads before and after the attack.

The decades after the death were marked by END_OF_DOCUMENT_TOKEN_TO_BE_REPLACED

Comments Off on De Silva report: another bucket of whitewash in the Finucane case

éirígí TV is the official channel of Ireland’s fastest growing revolutionary organisation.  You can look at the range of éirígí videos on it:

Comments Off on éirígí TV

Around the blogs: Tommy McKearney reviews Cruel Britannia: a secret history of torture

While the De Silva report has had little alternative but to identify the central role of the British state in the Pat Finucane murder, a new book lays bare the role of torture in the British ‘security state’.  The book is Cruel Britannia: a secret history of torture by Ian Cobain and you can read Tommy McKearney’s review of it here.

Comments Off on Around the blogs: Tommy McKearney reviews Cruel Britannia: a secret history of torture

I don’t know what she’d think of it now, but I like this picture of her as it is so indicative of the period; I used it on the cover of the course guide of a 1960s course I taught a few years ago

The text is taken from Hansard; it is, of course, an historical document, a product of its time, thus the references to “Northern Ireland” and the use of male forms to denote both men and women:

I understand that in making my maiden speech on the day of my arrival in Parliament and in making it on a controversial issue I flaunt the unwritten traditions of the House, but I think that the situation of my people merits the flaunting of such traditions.

I remind the hon. Member for Londonderry (Mr. Chichester-Clark) that I, too, was in the Bogside area on the night that he was there. As the hon. Gentleman rightly said, there never was born an Englishman who understands the Irish people. Thus a man who is alien to the ordinary working Irish people cannot understand them, and I therefore respectfully suggest that the hon. Gentleman has no understanding of my people, because Catholics and Protestants are the ordinary people, the oppressed people from whom I come and whom I represent. I stand here as the youngest woman in Parliament, in the same tradition as the first woman ever to be elected to this Parliament, Constance Markievicz, who was elected on behalf of the Irish people.

The hon. Member for Londonderry said that he stood in Bogside. I wonder whether he could name the streets through which he walked in the Bogside so that we might establish just how well acquainted he became with the area. I had never hoped to see the day when I might agree with someone who represents the bigoted and sectarian Unionist Party, which uses a deliberate policy of dividing the people in order to keep the ruling minority in power and to keep the oppressed people of Ulster oppressed. I never thought that I should see the day when I should agree with any phrase uttered by the representative of such a party, but the hon. Gentleman summed up the situation “to a t”. He referred to stark, human misery. That is what I saw in Bogside. It has not been there just for one night. It has been there for 50 years—and that same stark human misery is to be found in the Protestant Fountain area, which the hon. Gentleman would claim to represent.

These are the people the hon. Gentleman would claim do want to join society. Because they are equally poverty-stricken they are equally excluded from the society which the Unionist Party represents—the society of landlords who, by ancient charter of Charles II, still hold the rights of the ordinary people of Northern Ireland over such things as fishing and as paying the most ridiculous and exorbitant rents, although families have lived for generations on their land. But this is the ruling minority of landlords who, for generations, have claimed to represent one section of the people and, in order to maintain their claim, divide the people into two sections and stand up in this House and say that there are those who do not wish to join the society.

The people in my country who do not wish to join the society which is represented by the hon. Member for Londonderry are by far the majority. There is no place in society for us, the ordinary “peasants” of END_OF_DOCUMENT_TOKEN_TO_BE_REPLACED 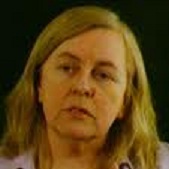 This is a transcript of a speech given by Bernadette in New York in April 2000 and downloaded from the internet. It was edited for reasons of space by the group Socialist Democracy.  The final draft was approved by her and SD had her permission to use the downloaded text.  I’ve had a request from Russia to try to get up more Bernadette stuff, so I’m reprinting it here.  It has certainly borne the test of time!

Other people, and I’m talking about people on our side of the line (Republicans are the people I’m talking about) if you want to put that at its broadest point, other people within the broad civil rights, civil libertarian, progressive democratic movement will say that the peace process is the worst thing that has happened to us since we lost the 1798 Rebellion.

I think the real issue is about the process itself.  The real issue is to try and analyse and understand what exactly is happening here and whose peace it is we are currently processing.  And if you look at it from that point of view, I think some very serious questions have to be asked.

At the minute, within the peace process, we’re sort of at a point where the key issues appear to be things like ‘decommissioning’.  Decommissioning is very interesting because prior to the existence of the peace process, the word itself did not exist.   Not the process, not the strategy, but the word did not exist.  Decommissioning, like a whole lot of words, are themselves the product of the Irish peace process.  But at the minute, people get bogged down in it because it has been a consistent pattern from the beginning of this whole process to create a situation for the simple purpose of diffusing it.

And many people, if they can move outside the complexities of the Irish situation will understand this better from the concept of their own lives.  How many people, for example, have been told in their working lives, that things aren’t going well, the workers will have to take a wage cut.  Now at somewhere in their heads they had been just about to ask for a wage rise; but before they got time to ask for it, the employers came along and END_OF_DOCUMENT_TOKEN_TO_BE_REPLACED

Comments Off on Bernadette McAliskey on the ‘peace process’ (2000 speech)