More reading and listening (and viewing)

With special mentions to

Best musical discoveries of the past year: Damien Dempsey (thanks Mick!), London Grammar, and Matthew & Me (thanks Seth!); oh, and I’ve just discovered Birdy.

Although I bought it several years ago, I’m only finally getting round to reading Pete Frame’s The Restless Generation: How Rock Music Changed the Face of 1950s Britain.  And, for a course I teach, I had to re-read Nell Dunn’s 1963 classic Up the Junction and also watch the film (which bears little relation to the novel, which is actually more a bunch of vignettes than a novel).  Very enjoyable, anyway. 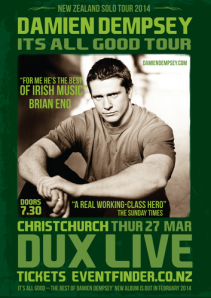 Haven’t had the time to see much.  The two films I’ve liked most this year are old films I had to watch because I use them in a course I teach: The Loneliness of the Long Distance Runner (black and white, 1962) and Up the Junction (colour, 1968).

Really liked both, except the film of Up the Junction, apart from being fairly different from Nell Dunn’s original book, is kind of odd because so much in Britain had changed between when the book was published and when the film was made.  For instance, one of the most moving parts of the book, and also the TV play that Dunn and Ken Loach put together in 1965, was the backstreet abortion scene.  But having that scene in the 1968 film didn’t really make sense, because abortion law was reformed in 1967 and so, by 1968, Rube might well have been able to get a legal abortion.

Quite a few students in the class didn’t much care for Polly, the main character, but I like her.  Liked her the first time I saw the movie, on TV a few decades ago when I was a kid, and still do.

Most memorable moment of the past 12 months – not really a leisure moment!

Armed gardai threatening to burst in the double doors of an old mate’s cabin by the Glen of Imaal (in mountainy west Wicklow) early one Saturday morning in the middle of last year.  At one point their sledgehammer made the whole cabin shake; sé do bheatha abhaile!   The banging of the sledgehammer and the shaking of the cabin was also like being back in Christchurch (New Zealand) during one of the main earthquakes.   The guards raided the place and stuffed up our plans to go to Kerry for the weekend; we had to settle for an afternoon drive over to the old Parnell house at Avondale instead.  Pleasant, but not quite a trip to Kerry! 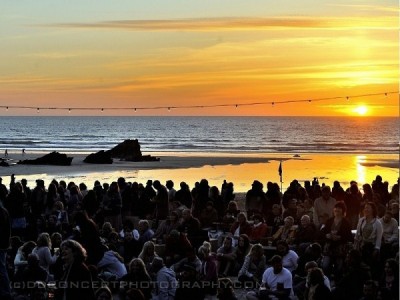 Sunset at Lusty Glaze.  The photo on the right (from the Seth gig) doesn’t give you a sense of the cliffs on three sides, but is evocative of that great gig there on June 2.  And as for Seth and Sean, Ben, Cormac and Lisbee playing “Setting of the Sun” as the sun dipped into the Celtic Sea behind us (the point at which this photo was taken) – spine-tingling!

Lusty Glaze as we gathered that night:

Comments Off on More reading and listening (and viewing)

Anyway, check out the group’s excellent 1968 performance on Swing-In, especially ‘When I was a Young Girl’ which starts at about 11 minutes into the END_OF_DOCUMENT_TOKEN_TO_BE_REPLACED

Come here to me

I’ve also added Come Here to Me to the blogroll.  Although it’s not strictly a republican blog – it’s about Dublin city and life – it does have quite a lot of material about republican Dublin and there are some very interesting exchanges in its comments section about left-republican people and activities of the past.  It’s at: http://comeheretome.com/

Also, the folks behind it have brought out what looks like a very interesting book, Come Here To Me: Dublin’s other history.  It’s advertised on their blog’s home page.

Comments Off on Come here to me

Just bought Damien Dempsey’s Shots and Dick Gaughan’s Gaughan Live! at the Trades Club.  Spent a lot of time listening to them when they arrived on Wednesday, interspersed with Chase and Status’ No More Idols and Seth Lakeman’s Hearts and Minds.

I’ve got Gaughan on at present, great version of “Tom Paine’s Bones” and “Whatever Happened?”, which is about renegacy on the left and is just mesmerising.  I first came across Gaughan several decades ago as his version of ‘Galtee Mountain Boy’ (my favourite version of that beautiful song) was on a cassette brought out by the Sinn Fein POW Dept as a fund-raiser during the 1981 hunger strikes.  I’ve never come across his version anywhere else, even on youtube.

I think my next CD purchase will be something by Gary Og, probably something that has ‘Back Home in Derry’ on it.  I love his live versions of it on youtube.  Then probably some more Damien Dempsey.

Comments Off on Reading and listening – September

I’m having a little break from political reading at present, as I draw up a new reading list for the rest of this year.

The only thing I’m reading at present is the memoir of H.E. Bates, one of my favourite novelists and short story writers.  It was originally published in three volumes, but I’m reading the omnibus edition.  I’ve finished The Vanishing World (which covers his life from birth in 1905 until his first novel was published in 1925, when he was only 20) and am part-way through The Blossoming World.  He ended up a bit of an old reactionary critic of the unions and welfare state but, oddly enough, kept a real humanistic feeling for people and their problems in his novels and short stories.